Showing posts with the label Japanese beetle
Show all

Use scent to deter foxes 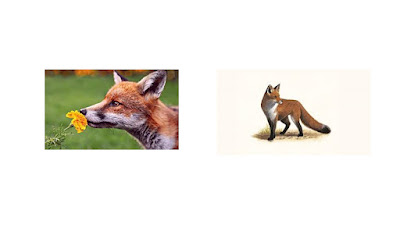 Foxes have a very strong sense of smell and will eat almost anything. Gardens with chickens or rabbits, or bird feeders, accessible pots, and crops are particularly attractive. You can use some scents to deter foxes, they are said to dislike the smell of chilies and garlic, so pour boiling water and spray your garden as a fox repellant. Other animal repellents are available, but be aware of the risk to other wildlife and always read the manufacturers' instructions carefully. If a territory is marked by a fox, it will take some effort to move them, and if they feel their territory is being threatened, they may increase the amount of marking.

By imperialhorticulturetips July 18, 2022
Your guide to Japanese beetles Have the dreaded Japanese beetles invaded your garden yet? You can save your plants from these pests! We'll show you how. It starts with identifying the beetle and its young. The dreaded Japanese beetle One day your zinnias will be colorful and bright. Next, you notice the bitten and torn petals. Upon closer inspection, iridescent green bugs like the one in the photo above can be found tucked underneath the flowers. Japanese beetles (Popplia japonica) have discovered your garden! This insect operates throughout North America. So even if you don't think they're in your area, it's smart to be on the lookout. Where Japanese beetles have been around for years, natural predators help keep them under control. But in areas where they have just arrived, these insects can be volatile feeding machines. It's time to prepare your defenses before they devour your garden! Keep scrolling to learn more about the life cycle of beetles, the
Post a Comment
Read more

How to Control Most Destructive Insect Japanese beetle

By imperialhorticulturetips July 12, 2021
japanese beetle control Insect species include beneficial insects and harmful insects. The Japanese beetle is a beetle that can be very harmful to such pests. The impact of these beetles can destroy more than 300 of our home-grown vegetable crops, such as ornamental plants and horticultural crops. In this article, we will look at this beetle and how to control it naturally . Skeleton Leaves All insects eat leaves. But this Japanese beetle is the most favorite foliage so it leaves the veins of the leaf and eats the rest so the plants look like Skeleton. Whereas some other insects eat similarly. So to make sure this insect is half an inch long it has metallic blue-green heads, copper-colored backs, tan wings, and small white hairs lining each side of the abdomen. Precautionary measure before controlling Japanese beetle Generally any pre-cautionary measure can control 80% of any pests. Keep your garden clean. Remove plants that are not OK. If there are rotten vegetables and d
Post a Comment
Read more
More posts